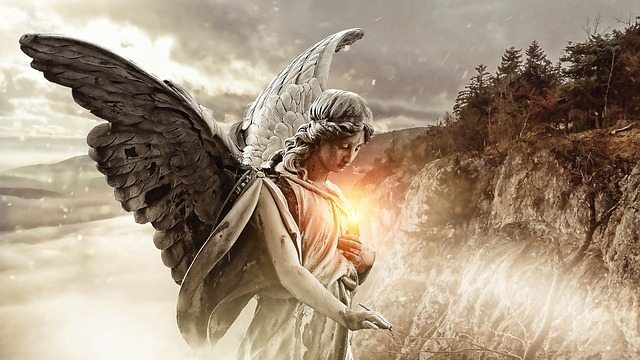 Do the dead spiritually tend to the details of their own funeral?   Do they care about the level of service they receive even after they’ve died?  I had an experience which makes me believe that they do!  A life changing reading for me, and I was the one doing the reading!

I had been invited out of town to do readings from a friend’s office.  Jana, who I’d become very close to was very gracious in welcoming  me to her practice so that I’d have a comfortable place to read from.  She’d arranged for me to meet with two good friends of hers as my first clients of the day.  Needless to say, I was excited!

She introduced me to Matt and Nicole, and as I led them to my office, I immediately felt a warm presence from them both.  As we sat, I paused for a moment before asking Matt who was beside me, what he did for a living.  He responded that he was a Funeral Director and he and his wife owned and operated their own funeral home in Ontario.

I wasn’t at all surprised, in fact, I felt so many spirits around him that this made sense to me.  Excited about what I was feeling, I asked if he could relate to a conversation that he had had earlier that day, about ordering an oversized casket for a woman whose body was being transferred in from out of town.  With a surprised look, he responded that he had just had that conversation about 20 minutes prior at his office.  He said that he had just ordered a larger casket for her and that her body was expected to arrive later that day.  I knew the door to the other side had just opened!

As the energy left, I felt the presence of another spirit who also wanted to acknowledge Matt, a man with amputated legs from the mid shins.  Matt immediately knew it was George, mentioning that these types of amputations were rare.  He said that he had just had his funeral a few days before.  “Why would George be visiting me?” he asked.  I explained that he was happy and wanted to thank him for taking good care of him.  He appreciated the reassuring pat on the shoulder when he had first arrived at the funeral home!  Matt validated everything I had said to him, shaking his head in disbelief.

Spirit after spirit kept dropping by, the next, an elderly lady now making herself known to me.  She said she was going to be viewed in the first salon on the left once you pass the main reception.  She said that they were now preparing her for viewing and she was so very happy with what they had done with her.  She said that her mouth was crooked, and that there was nothing that the poor woman could do to fix it!  She realized that her lips were crooked after looking at her photo.  She raved about how pretty her hair was, and that they had had a little trouble with the right side, so they had pinned it down.  She showed me what seemed to be a pink and white blanket being pulled over her chest while she was being “fussed over”.  She wanted them to know she was happy and thankful for the love and attention she was receiving while they were prepared her for her celebration of life.  She certainly felt special!

Matt looked at me in amazement, reached for his cell phone and proceeded to call the embalmer working that day.  As he dialed, he mentioned that “fussed over” was a term he often used when working.  As Vicky answered the phone, Matt immediately switched his cell over to speakerphone so that we could all hear the conversation.

“Vicky, I have a few questions, if you could just answer them please”, he said nervously.   “The lady being viewed in the first room on the left passed reception, has she been prepared yet?” he asked.   “Mrs. Levine?  I’m actually sitting right by her now and getting her ready for viewing” she replied.

“Any problems with prepping?” Matt asked.  “I had trouble with her lips on one side, they were crooked.  I tried to straighten them a few times, but I soon realized that after looking at her photo, they are just like that.  I put a pretty pink lipstick on her.  I had a bit of trouble with her hair on the right side, so I had to pin it back.  She looks beautiful!” Vicky stated with pride.

Without interruption, Matt asked her what she was wearing, to which she replied “a blue blouse”.  She added that Mrs. Levine’s daughter had brought in a photo of her mother earlier that morning, as well as a shawl which she had covered her with before starting her work.  She said that the shawl was pink and white.  Matt told her he’d talk to her later and without further explanation, hung up the phone.  He stared at me for a second and said “how do you do that?  There is no way on God’s earth you could do that!  I didn’t even know that!   You’re not reading my mind if I didn’t know that!”  We all realized that Mrs. Levine was talking to me while they were preparing her, in real time!

As he and Nicole looked for an answer from me, all I could think about was changing the subject:  another strong presence had just popped in.  I couldn’t stop now!   I felt so overwhelmed and just had to tell them of a story about a time capsule I had found in the frame of a fireplace I had retrofitted, a home I owned years prior. I told Matt and Nicole to listen carefully, that there may be something they could relate to.  I told them that I had found, inside the time capsule, an obituary card dated July 7, 1920, bearing the name of a Mr. Martin.  I asked them if they could relate to July 7th or to a Mr. Martin.  Matt’s face dropped as he replied, “both”!

Nicole shared that her mother had passed on July 7th but that Matt could relate to his very own Mr. Martin.  Matt told his story of a wonderful man that he admired by the name of Mr. Martin.  He had known him for many years.  He went on to say that he believed Mr. Martin had given him two very clear signs that he’d been lurking around him after his passing which made him happy.  Could he have been giving him a third sign?

The first sign Matt received was Mr. Martin’s obituary notice which appeared at his feet in a parking lot out of nowhere, months after he had passed and miles from where his funeral had been held.  The second sign, only days prior to our meeting, an unknown call received, no one on the other end of the line only to learn that the number belonged to no other that Mr. Martin!  Was he letting Matt know that he was thankful for his friendship and his caring thoughts?  I’d say!!!  What a session!

Spirits who want to be heard, will be heard, and judging by our experience, it doesn’t matter how long they’ve been gone!   Why did these Spirits visit Matt and Nicole?  Was it because it was their last earthly stop before their remains were laid to rest?  I’m not sure, but one thing I do know is that Matt and Nicole needed to hear from their dead clients!  A much needed sense of appreciation, not only by the living who hired them to perform an honourable service for their dead, but also, from the dead themselves who dropped by to thank them for the personal touch of love and dignity in their final resting moments!   A great review?   A 5 Star funeral indeed!

* Based on a true event.  Names of all parties have been changed to protect the identity of those involved.