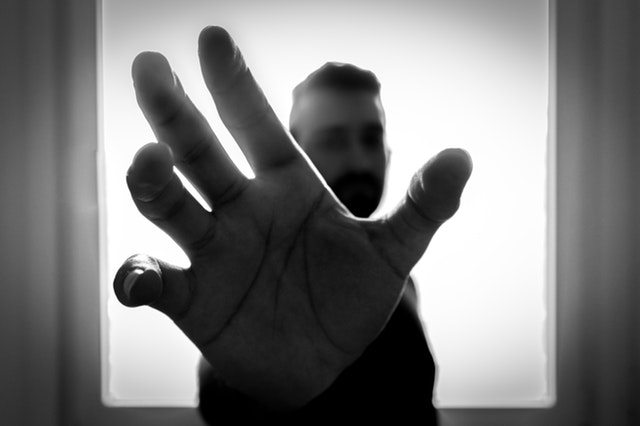 Being a Medium, you run into all kinds of people:  believers, some who are on the fence and aren’t sure, and those who are skeptics.  Skeptics can make one feel rather uncomfortable as some of these personalities, as I’ve experienced, can be quite boisterous when it comes to proving a point.

I learned a very long time ago not to get into a “pissing contest with a skunk” as my mother put it, after all, she emphasized that we needed to respect the beliefs of others even though we didn’t always agree with them. Although I can be somewhat of a skeptic, I believe that some people are so set in their ways, that they aren’t able to rationalize the concept of what is it that they are skeptical about to begin with.  Their beliefs are so strong, they still won’t accept it even though it’s happening right before their very eyes!  Some are just fearful of the unknown and would rather keep it that way.

With that being said, let me share with you, the story of  “Skeptic John” as I’ve nicknamed him, who came to one of my shows in a small remote Northern Ontario community.  Of course, I could immediately tell that John was a non believer, arms tightly crossed and glaring with the most serious and angry look I’ve ever seen.  He was really not wanting to be sitting in the chair he was in and obviously, not a very happy camper!  His wife, who wore the biggest smile,  seemed so happy to be there.

About 5 minutes into the show, I walked towards him, greeted him and asked if he was a skeptic.  His response was direct:  “I’m here for a laugh, and to see you make a fool or yourself in front of all of these people.  I think this stuff is all crap if you want my honest opinion”.  His wife nudged him in embarrassment.  I didn’t give in to his stern tone, instead, winked at him and told him in a joking manner not to ruin it for those who believed.  He sneered at me, keeping his arms tightly crossed to his chest.

Returning from a short break, I was addressing a woman who was sitting just a few rows away from John.  Her story was incredibly heartbreaking, that of her husband who had committed suicide only a few months before.  We were all wiping our tears when suddenly I felt the presence of a man, clearly leading me to John.  As I turned and looked at him, I could see he was visibly uncomfortable.  I said to him “your father is here”.  He responded “ya, right”!   I told him to listen and not to say anything until I was done.  I had something to share.   He kept staring at me, and I could feel his tension.  He agreed to be quiet by giving me a quick nod.

In a rush of emotions, I told him that his father was very clear in saying that he was sorry for the things he had said to him before he died and that it wasn’t John’s fault for what happened.  He wanted him to know that he’d carried his burdens for too many years.

I recounted the events of the “dreaded day”.  I described John as being a very young boy, perhaps only 12 to 14 years of age.  I told him that his father was extremely agitated and irate on this day.  I told him of the argument his father had had with his mother, threatening to kill her and John, and wanting to turn the gun onto himself.  I told John that he was witness to his argument.  Asking John if he could recall those facts, I could see the tears as they started to roll down his cheeks.   He composed himself as he wiped his tears while his wife who was rubbing his arm, encouraged him to speak up.

John sadly confirmed my story.  He was like an emotional damn, about to burst!  He went on to say that he was only 12 years old when he witnessed an argument between his parents and that his father had threatened to take them out for a “walk in the bush”.  He said that in his mother’s defense, he had yelled at his father to be a “real man” and to go “blow his own head off ”.  He said he then ran out of the house crying.  Things had calmed down somewhat during the day and he recalled his father had gone outside to do some yard work.  He said he remembered feeling relieved.  A few hours later, his mother asked him to go find his father outside as it was dinner time.  John found his father behind the family shed, dead from a gunshot wound to the head.  His life changed at that very moment!  Had his father taken his advice?  So much for a young man to experience.

We were all in tears!   My biggest skeptic turned out to be an emotionally torn man who had carried guilt most of his life because he felt responsible for his father’s death.  I assured John that he didn’t cause his father to kill himself, that in fact, he saved his own life and that of his mother’s as a result of his actions, and that he should be thankful and proud for that.  John said he had never really thought of it that way.  As he put it, every single day was difficult to wake up to, because he wished he had never told his father to go and shoot himself, words he came to regret for years to come.

As heartbreaking as it was to hear John tell his story, I could see the burden being lifted from him, something he needed to let go of.  I could feel his heart was lighter as was his mood.  After the event was over, John and his wife came over to speak to me.  We talked about how clear his father was with his message and I was so happy that he came through!  John kept repeating how forever thankful he was that his wife “dragged him” to the event! I knew in that moment that everything was going to be okay.

Based on true events. Note that the party’s name has been changed to protect his identity.